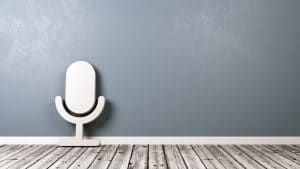 In a previous blog, we debated whether court reporters were needed. This is one of the most debated subjects and the response is unanimous. As technology continues to  rapidly advance, one could say that the courtrooms are seemingly falling  behind, which often leaves the current generation of legal professionals somewhat overwhelmed.

That being said, is it really necessary to hire a stenographer? Surely it would be much simpler to explore the use of voice recognition technology to record and playback?

In short, one might argue yes, artificial intelligence has made this possible through speech recognition programs that work using algorithms, acoustic and linguistic modeling. Acoustic modelling signifies the connection between linguistic units of speech and audio signals. Language modelling matches the sounds with word sequences to distinguish between words that sound similar.

Not withstanding technological advancements, we have to analyze if this is compatible with real-time behaviour response, especially during trial.

However, the drawback of voice recognition technology is that it can be very difficult to respond to thick accents, different languages or punctuation. For this reason, the use of a court reporter should not be overlooked. After all transcripts are a good source of information the jury might want to revisit in future.

The court reporter documents exactly what they hear during a legal proceeding, and the chances of misquoting the witness is far less as opposed to software that is unable to reason the context. Although tape recorders and video equipment may accompany a trial, it does not in any way replace the reporter but acts as a backup source when needed.

In conclusion, we tend to lean more towards court reporting to give us the accurate account of the proceedings – this form of communication may not be side stepped anytime soon.