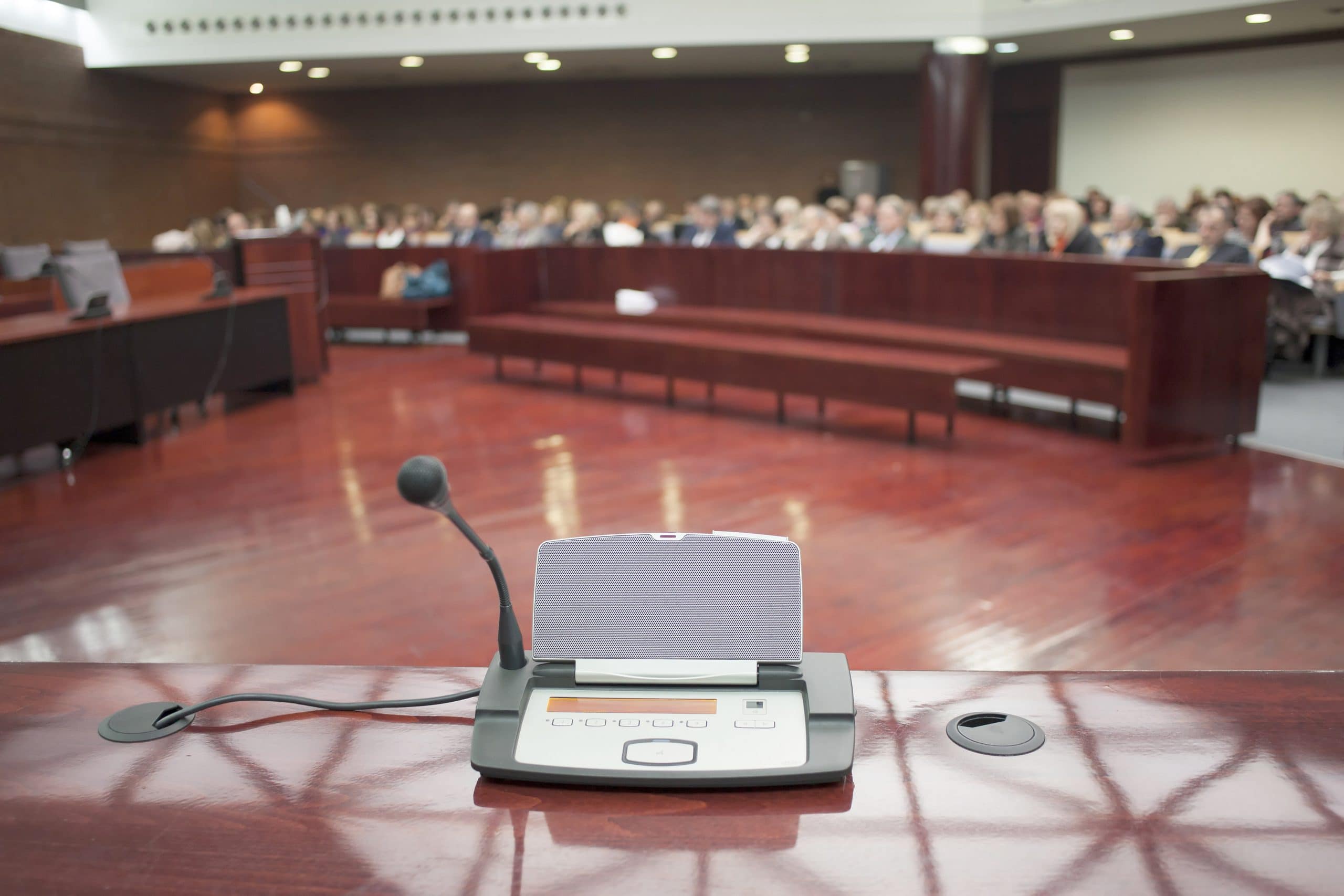 What is a court reporter?

A court reporter is a person whose role is to prepare a written record (or transcript) of speech from legal proceedings, both in court and out of court.  Court reporters often use a stenotype machine to ensure accurate transcription; however new digital recording technologies are becoming increasingly popular.  The court reporter prepares official transcripts for the court, translating them if necessary.

How does the stenographic machine work?

A stenotype machine looks similar to a typewriter but works differently – data is entered phonetically and the software within the machine translates sounds into readable text.  This allows court reporters to type at speeds fast enough to keep up with the pace of human speech.The stenotype machine has a keyboard, where the keys are phonetic sounds instead of individual letters, helping to maximize typing speed and recorded intonations.  Court reporters press multiple keys at once to ensure the proper sound and inflection are noted.

How do the machines know what symbol goes with what words?

The stenographic machine has a pre-programmed dictionary that it uses to parse the symbols. This dictionary is updated by the stenographer on a regular basis.

Is a court reporter required to take typing tests?

In Ontario, tests or certification are not mandatory; however, most reporting programs require minimum typing speeds of 200-225 words per minute.

Yes. They are a officers of the court, just like clerks and guards.

Should I ask the court reporter an opinion about the case?

Absolutely not. You should refrain from asking a court reporter’s opinion on the case.  In order to protect the integrity of the record, court reporters should always remain impartial.

Is technology a friend or foe?

While there has always been a debate on this topic, court reporters have proven to use today’s technology for their advantage. Some of the software include real time translation, video recording for accuracy, voice recording and long distance reporting. The chances of technology replacing a reporter in the near future is not foreseeable.