Why Court Reporters Are Needed in 2022? 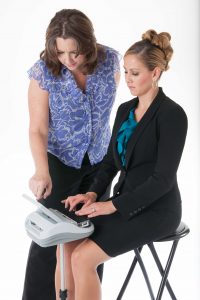 A Court Reporter produces official written transcripts of legal proceedings; for example, in trials, examination for discoveries, and hearings. Also called a Court Stenographer, they provide an accurate, word-for-word, thorough record of these events so that interested parties like lawyers, judges, plaintiffs, defendants, and the jury, can reference them as needed.

Court Reporters may have the most complex job description. This is because many different roles fall under the title of “Court Reporter”. These reporters are essentially in charge of providing transcription and capturing important information.

This could take place through a variety of avenues. A a Court Reporter can only take on tasks that they are certified to do. Here is a list of some of the roles a Court Reporters could be tasked with:

With that said, Court Reporters also work outside of the legal world to provide real-time closed/broadcast captioning services to a broadcast network. Some examples include; sporting events, political speeches, live entertainment events, conventions, and conferences.

In closing, Court Reporters are needed for a variety of services. It should be noted that a Court Reporter could be a significant resource for your law firm, not only as a keeper of the record but throughout the litigation process. The Court Reporter records and transcribes spoken or recorded speech during a legal proceeding into written form. Doing so by using shorthand or voice writing equipment, they create word-for-word documentation.