The Practice of Court Reporting in Ontario 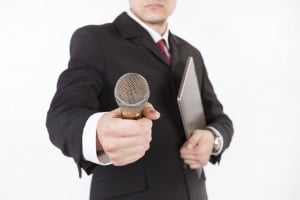 The Chartered Shorthand Reporters’ Association of Ontario (“CSRAO”) is Ontario’s oldest stenographic reporting association, and is likely one of North America’s oldest, having been incorporated in 1891. Nine years later the United States formed the National Shorthand Reporters Association (“NCRA”). The Court Reporters’ Association of Ontario (“CRAO”) was founded in 1967 in Ontario as a not-for-profit corporation to create and keep up a high standard of professionalism in court reporting.

The practice of court reporting involves much more than just being court stenographer. According to the CRAO, court reporters are “duty bound to not only protect the integrity of the record, but to always remain impartial and maintain an arms-length, independent relationship from influence that may be put upon them.”

Great court reporters create consistent, reliable, and truthful transcripts that are relied upon in Ontario’s justice system every day. Court reporters have at least three certifications available to them:

If you have questions about court reporting services, contact On the Record Court Reporting at (289) 638-2020 or at info@OTR.report.